Functionalities of their cutting-edge platform can be customized according to user needs and requirements of a specific industry. One2Ten solution is available online, through an app, tablet, QR code, and onsite, and the feedback solutions are automatically embedded in multiple dimensional data layers, like locations, departments, teams, products and client segmentation.

One2Ten has been successfully cooperating with SuperAdmins on optimizing their environment on AWS infrastructure, which has also been monitored 24/7/365 by a dedicated SuperAdmins team of engineers.

One2Ten application is written in Node JS and set on an AWS infrastructure. With constant upgrades and new releases, the client needed a reliable and efficient environment for automated development and release management. They approached our team asking for the deployment of a new development environment and make improvements to existing ones making use of the current CloudFormation and Ansible scripts. A thorough analysis and testing demonstrated multiple non-functional script areas, overall resulting in a necessity for an unexpected optimization before the new environment design and deployment.

The current monitoring in place was lacking certain metrics that would help identify specific problems before they occur. Some basic system-level metrics like monitoring CPU and memory usage were partially implemented. On the other hand, parameters like disc space and valid app URL endpoint checks were not set at all.

In order to get a better knowledge of the whole infrastructure and gain insight into areas that need improvement, we’ve included detailed monitoring via CloudWatch. By doing so, and trying to implement this into the current Ansible and CloudFormation template we ran into multiple issues that needed to be fixed first. Since there were already changes that were not included in CloudFormation and Ansible, we decided to partially implement this manually.

During the implementation of improved monitoring via CloudWatch we found out that the Ansible scripts were not maintained for some time and were producing dependency errors. The CloudFormation templates were up to date but we had to investigate what changes to the infrastructure were done manually and implement them into CloudFormation. Since Ansible was used to call CloudFormation we had to fix everything before continuing.

The improvements to the monitoring of the infrastructure, ansible scripts and new development environment have been efficiently implemented and have been proven robust and consistent in performance. 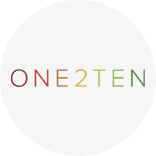 The cooperation with Superadmins was great from the start, professional, open and honest. They understood our needs and proactively advised us on feasibility, efficiency. And alignment with our objectives. I am looking forward to continuing to partner and work with SuperAdmins.